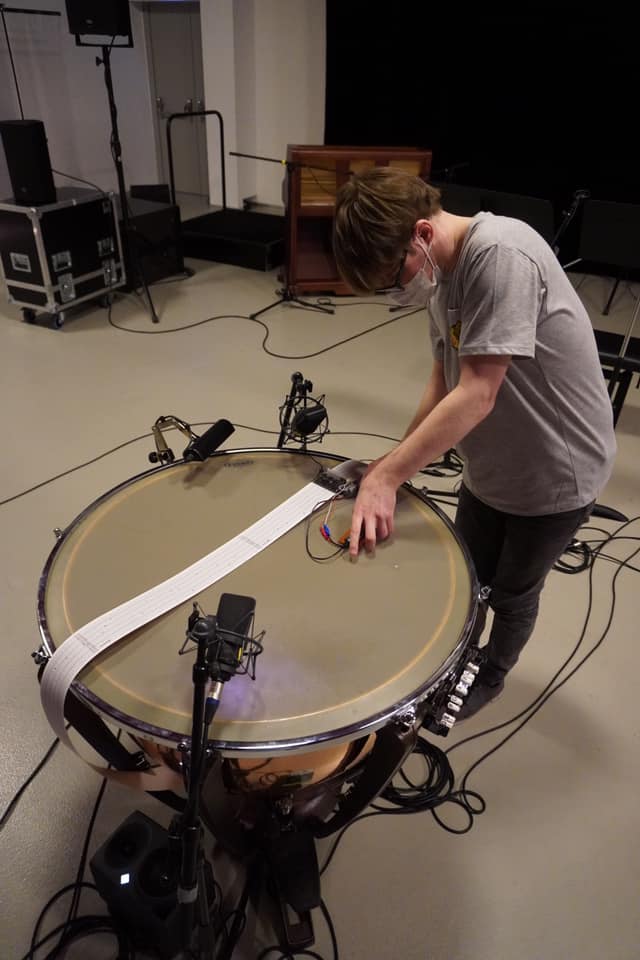 Nicolas Roulive is born in 1989 in Namur, Belgium. He started music by playing the piano from age 11, and completed a bachelor’s degree in Piano in his country.

Self-taught composer by the time, he went to Paris in France to start studying composition, and therefore studied from 2010 to 2014 with prof. Eric Tanguy, and from 2014 to 2016 with prof. Edith Canat de Chizy. He obtained his DEM (Music Studies Diploma) in Composition at the CRR de Paris in June 2016, and a DEM in Piano at the CRD de Montreuil under guidance of prof. Gwendal Giguelay.

Nicolas studied composition from 2016 to 2022 at the Haute Ecole de Musique de Geneve in Switzerland with Michael Jarrell, Luis Nàon, Eric Daubresse and Gilbert Nouno. He obtained a bachelor’s degree (2019) and a master’s degree (2022) within this institution.

He works within the fields of both acoustic and electronic music, and recently started to included live video in his projects.

His interest in music goes toward the bizarre, the funny, the cringe, the use of old school sounds, and pretending superficial humor. He also creates electronic devices for his projects.

His works has been performed during festivals such as ManiFeste 2019 by IRCAM, Bludenzer Tage Zeitgemässer Musik 2021, Klangspuren Schwaz 2022 and Crossroads 2018 & 2019.

In 2019 his piece « Suicide Circus » for Bass Clarinet and Cello solo, Ensemble and Electronics was awarded the prize of the « Paleo Festival Nyon ».

In 2022 he was awarded a cultural scholarship by the Fondation Leenaards.

Nicolas is a member of Pikå (electronic trio) and Ensemble PlayTime.